The Cardinal Newman Society released new Catholic School Curriculum Standards. Dan Guernsey and Denise Dohohue, the developers of the standards, explain that the standards are supplementary and are meant to be a resource to Catholic schools. “The Cardinal Newman Society offers these Catholic Curriculum Standards as a resource for educators to help keep focus on what is unique about Catholic elementary and secondary education: its evangelizing mission to integrally form students in Christ and transmit a Christian worldview,” they wrote.

They further describe the standards:

The standards cover English language arts, math, scientific topics, and history, focusing on unique Catholic insights into these curricular areas and complementing the Church’s standards for religious instruction. They are broadly grouped into two grade levels, K-6 and 7-12. They express student outcomes of learning, inviting educators to assign or develop materials and choose subject matter that serve the unique mission of Catholic education.

We built the standards on the solid foundation of Church documents, the educational philosophies of faithful Newman Guide colleges, and many writings on Catholic, liberal arts, and classical education. We consulted with many leading Catholic scholars, school leaders, and standards experts to ensure the highest quality resource.

Consultants that helped with the development of the standards are:

Unlike the Common Core State Standards, teachers and schools are allowed to adapt the standards how they see fit.

The release of the standards follow a white paper published by American Principles Project and the Pioneer Institute that found Common Core is incompatible with Catholic education.

A new white paper, After the Fall: Catholic Education Beyond the Common Core, released today by the Pioneer Institute and American Principles Project, explains in detail why the low-quality Common Core standards are “incompatible with and unsuited for a traditional Catholic education.” According to several top Catholic scholars, the standards’ singular focus on workplace development conflicts with Catholic schools’ spiritual and moral mission.

After the Fall’s authors include Anthony Esolen, professor of English literature at Providence College, Dan Guernsey, Director of K-12 Programs at the Cardinal Newman Society, Kevin Ryan, founder and director of the Center for Character and Social Responsibility at Boston University, and Jane Robbins, senior fellow at American Principles Project.

“…Catholic schools have a unique spiritual and moral mission to nurture faith and prepare students to live lives illuminated by a Catholic worldview,” Flynn and Glendon say. “It is that religious focus that makes the Common Core standards particularly ill-suited for Catholic schools…”

Flynn and Glendon continue, “The basic goal of Common Core is not genuine education, but rather the training and production of workers for an economic machine… The goal is ‘good enough,’ not academically ‘excellent.’ The narrow aims of Common Core would undermine the historic achievements of Catholic education. As 132 Catholic scholars wrote in a letter to the U.S. Catholic bishops, Common Core is ‘a recipe for standardized workforce preparation that dramatically diminishes children’s intellectual and spiritual horizons.’”

Also Catholic schools have traditionally provided a classical liberal-arts education, using lessons from great literature to reinforce moral lessons and educate and inspire students toward a virtuous life and a fuller understanding of the human experience.

But Common Core cuts literature, drama, and poetry by more than half compared to the previous Massachusetts standards.  When great literature is included, it’s often only in excerpt form, robbing students of critical context.

The result, according to co-author Anthony Esolen, is “a strictly utilitarian view of mankind; man with his soul amputated.”

The authors argue that Common Core’s shortsighted focus on workforce preparation is incompatible with the larger goals of human excellence, spiritual transformation, and nurturing faith and character that are at the heart of Catholic education.

Jane Robbins, senior fellow at American Principles Project and a co-author of After the Fall, argues that Common Core’s poor quality and its underlying philosophy put it at odds with the principles of Catholic education:

“Common Core has a Catholic problem,” Robbins explains. “A traditional Catholic education prepares children to become people of substance in their families, in their churches, and in their communities. It prepares children to fully exercise their liberties. Common Core locks children into a lower academic trajectory that intentionally seeks to develop them into human widgets, treating them as nothing more than human capital.

“Catholic schools have lapsed into following the fads in public education, a trend that is driven by progressives and greedy special interests,” Robbins concluded. “Catholic schools should shun that foolish idea and once again embrace the beauty of a traditional Catholic education.” 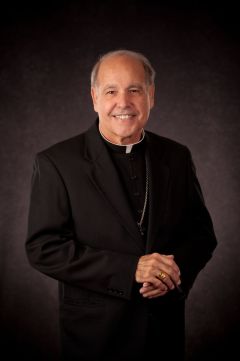 Bishop Felipe Estévez has tasked a committee to study the Common Core State Standards and develop a position statement for the diocese concerning this issue. The committee would like to hear your comments and your ideas on this topic. You may find the standards at corestandards.org. This will be a true listening session and not a discussion or presentation. Due to time constraints and so that everyone has a chance to be heard, comments will be limited to three minutes. You are invited to attend any one of five listening sessions to be held at the following locations:

We look forward to hearing from you.

Please promote the listening sessions to your parishioners by including this announcement in your bulletin. For more details, email Deacon David Yazdiya, chair, at davidyazdiya@bishopsnyder.org.

STOP COMMON CORE – SEND A LETTER TO THE BISHOPS

I’ve been told by those who live in the area that this school is well-respected in the community, in particular, their math department.  Catholic schools in Indiana (and elsewhere) seem to have bought into the Common Core State Standards.  This testimony should serve as a warning from one of their own.

Also Catholic schools that feed into Brebeuf Jesuit should reconsider their support of the Common Core as they will be doing their students a disservice as they enter high school.

Here is the video of the testimony below:

Charlotte Hays of the National Catholic Register had a piece up on how the Common Core State Standards are becoming the cause of concern within Catholic circles.

Catholic schools and dioceses across the country will have to decide whether to adopt the CCSS. Although the National Catholic Education Association (NCEA) isn’t endorsing the controversial Common Core State Standards, the NCEA is helping Catholic schools across the nation prepare for CCSS implementation.

“What we have done at NCEA is develop what we call the Common Core Catholic Identity Initiative,” said Presentation Sister Dale McDonald, who holds a doctorate in educational administration and serves as director of public policy and educational research at the NCEA.

The NCEA is scheduled to host a Common Core Catholic Identity Initiative Conference for Catholic educators from around the country June 30-July 2 in Nashville, Tenn. Sister Dale said that Catholic educators will discuss, for example, how to introduce Catholic ideas into what is being studied.

The NCEA website characterizes the standards as a “call for excellence in academic programs,” adding that “one way” many schools are “ensuring excellence, appropriate challenge and relevance in their curriculum is by utilizing the Common Core State Standards (CCSS).”

In many states, Catholic schools that get money from vouchers already are required to participate in standardized state tests to continue in a voucher program. If those states have adopted the Common Core State Standards, those standards will become the basis for state tests, replacing previous tests that were based on statewide standards.

But it was the quality of her son’s math homework that led one Catholic mother to become involved in a fight to block CCSS in her state.

When Erin Tuttle, an Indiana mother, whose son was enrolled in a Catholic elementary school, looked at her son’s third-grade math homework in 2011, she was immediately concerned.

“What struck me was the difference between what my daughter had done three years ago in third-grade math and what he was doing,” she said. “That set off alarms.”

Tuttle was also concerned about the reading material. Instead of poetry or fiction appropriate for a third-grader, her son was coming home with children’s versions of popular magazines.

Tuttle and a like-minded friend, Heather Crossin, who had also been concerned about what her children were — or weren’t — learning, organized thr group Hoosiers Against Common Core, which proposed legislation blocking implementation of CCSS without more review. Indiana Gov. Mike Pence signed the bill into law on May 11.

“Thank heavens Heather and I have thick skins, because this wasn’t fun,” Tuttle said, noting considerable pushback against their efforts from CCSS supporters. “We were outmanned, had no money and no lobbyist — and yet we came out ahead.”…

“It changed education from what we traditionally think of as education,” said Tuttle, who believes that adoption of the CCSS will deal a death blow to the classical education many Catholic parents regard as the defining characteristic of Catholic education. She called CCSS “a radical shift” in American — and Catholic — education.

Be sure to read the whole article.