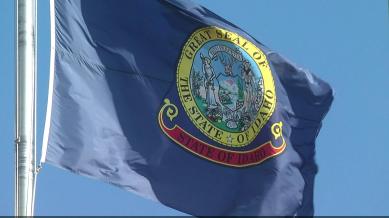 The Idaho Business Alliance, a group of conservative businessmen, is planning to sue the state of Idaho saying their payments to and membership in Smarter Balanced Assessment Consortium is unconstitutional.

The Common Core Case is a taxpayer lawsuit against the Governor, State Superintendent of Schools and President of the State School Board, as members of the Executive branch of the State of Idaho. The suit seeks a declaratory judgment and injunction preventing the State of Idaho from continuing to pay membership and student assessment testing fees to the Smarter Balanced Assessment Consortium, (SBAC), and requiring the State of Idaho to withdraw from SBAC, on the grounds that it is an unconstitutional compact between States, in violation of Article I, §10 of the U.S. Constitution. The expenditure of Idaho taxpayer funds in support of that entity therefore constitutes an illegal use of those funds under Article I, §3 of the Idaho Constitution.

The lawsuit is grounded in several parts of the Constitution. The Due Process Clause of the 14th Amendment of the U.S. Constitution guarantees the right of parents to direct and control the care, custody and education of their children. Historically, administration of elementary and secondary schools, including decision making as to curriculum, has been reserved to the States.

In the legislation creating the U.S. Department of Education, the U.S. Congress specifically prohibited that agency from involvement in the decision-making process of parents and State and local governments in the administration and curriculums of elementary and secondary education within a State’s borders. In legislation spanning 50 years, Congress has repeatedly stated that the Federal Government does not have a proper role in determining curriculums or in the administration of state and local school systems.

Those interested in donating to the effort can do that here.  This group appears to be taking the same approach as what we saw with the successful lawsuit in Missouri.  Let’s hope it works in Idaho as well.