U.S. District Judge Shelly Dick rejected Obama administration arguments that Jindal didn’t have the legal standing to bring the lawsuit and set a hearing date for the case on May 28.

Jindal sued the U.S. Department of Education in August, accusing it of manipulating $4.3 billion in federal grant money and policy waivers to illegally pressure states to adopt the English and math standards and associated testing.

On the heels of the decision in Missouri it will be interesting to see how well this particular strategy works. 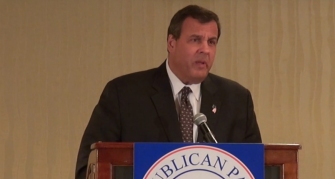 An interesting admission from New Jersey Governor Chris Christie when he was being pressed by Laura Ingraham why he applied for a Race to the Top grant during his Q&A session at CPAC.

He first said it was teed up for him by former New Jersey Governor Jon Corzine (I haven’t looked into whether the timeline meshes up, but that’s probably right) and then he said he basically applied becuase his state was cash strapped.

In New Jersey we’ve always been for the standards, for high standards, and we had standards before then.  My concern now as we travel toward implementation is not only the heavy foot of the federal government coming in, but it is not doing all that we need to have done in New Jersey.  We need to have local control – parents, teachers in those classrooms, they are the ones who should be helping us at the state level to set the standards.  So it was all teed up when I came in by Governor Corzine.  We signed on and tried to get funds through a really difficult fiscal time.

I wonder how many other governors would admit this now?

I was able to interview U.S. Senator Joni Ernst (R-Iowa) while out in Washington, DC for CPAC.  I asked her thoughts on attempts to reauthorize ESEA and H.R. 5 in particular.

I’ve said this for many years, I believe standards need to be set at the state and/or local level.  I believe that we need to be empowering our parents.  We need to be empowering our school administrators, not stripping away what they believe is best for their own children.  I don’t think those guidelines should be coming from the federal government.  While I’m anxious to see what actually comes out of the House and what is produced here through the process in the Senate.  I do want to delve into that legislation to make sure that we are sending more of the power down to the local level.  I think that is going to be important.

In January last year, we reported about teachers at Garfield High School in Seattle taking a stand and refusing to administer the MAP test.  Now, a year later, another high school in Seattle

is taking a stand against the Smarter Balanced Assessment Consortium assessments.

The Senate also recently voted not to administer the PSAT test to 10th graders at all in the future.
Reasons for refusing the SBAC for 11th graders included (summary):

1. Not required for graduation
2. Colleges will not use them this year
3. Since NCLB requires all students pass the tests by 2014, and since few if any schools will be able to do that,  all schools will therefore be considered failing by that standard. There is thus no reason to participate in erroneous and misapplied self-labeling.
4. It is neither valid nor reliable nor equitable assessment. We will use classroom based assessments to guide next instructional steps.
5. Cut scores of the SBAC reflect poor assessment strategy and will produce invalid and unreliable outcomes.
6. Student made this point: “Why waste time taking a test that is meaningless and that most of us will fail?”
7. The SBAC will tie up computer lab time for weeks.
8. The SBAC will take up time students need to work on classroom curriculum.

This is an important step. Nathan Hale is asserting its commitment to valid, reliable, equitable assessment. This decision is the result of community and parent meetings, careful study of research literature, knowledge of our students’ needs, commitment to excellence in their education, and adherence to the values and ideas of best-practice instruction.

This resolution does not mean NHHS will refuse the 10th grade SBAC assessments, sorry to say.But the way the school went about the decision is a powerful model for other schools, and means that anything is still possible in that regard. 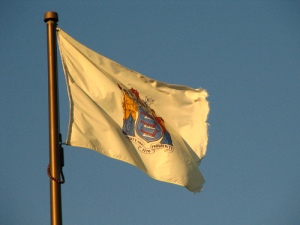 The New Jersey Assembly voted overwhelmingly in favor of A4190 on a 63 to 7 vote with three abstentions.

The bill if passed in the New Jersey Senate and signed into law by Governor Chris Christie would prohibit the New Jersey Department of Education from using the PARCC test to determine a student’s placement in a gifted and talented program, placement in another program or intervention, grade promotion, as the state graduation proficiency test, any other school or district-level decision that affects students, or as a component of any evaluation rubric submitted to the Commissioner of Education for three years beginning in the 2015-2016 school year.

PARCC has raised the ire of conservatives, as well as, the state’s largest teachers’ union.

The bill does not withdraw the state from PARCC however, nor does it address the Common Core State Standards which are currently being a reviewed by a commission through an executive order given by Christie.

Fred Sauer, Anne Gassel & Gretchen Logue are co-plaintiffs in a lawsuit against Missouri Governor Jay Nixon over the state’s membership in Smarter Balanced.  The judge in their case, Cole County Circuit Court Judge Daniel Green, ruled in favor of the plaintiffs in Sauer v. Nixon and deemed Missouri’s participation in the Smarter Balanced Assessment Consortia illegal.  He ruled that the fees paid by the state to Smarter Balanced Assessment Consortia are unlawful under the Compact Clause of the U.S. Constitution as well as “state and federal law.”

The Compact Clause of the U.S. Constitution states that “No State shall, without the consent of Congress … enter into any Agreement or Compact with any other State.”  In their lawsuit, Sauer, Gassel, and Logue contended that the Smarter Balanced Assessment Consortium is just the sort of interstate agreement that must be authorized by the U.S. Congress under this Clause.  The lawsuit contends that the consortium threatens the authority of the U.S. Congress because the federal Department of Education’s action in creating the consortium contravene Congressional prohibitions on the creation of a national curriculum.  Their lawsuit also contended that the consortium threatens the freedom and authority of non-member states by attempting to create a de facto education “cartel” aligned with Common Core.

The state had budgeted, according to the Associated Press, $4.3 million for member dues this fiscal year.  Missouri Attorney General Chris Koster’s office is reviewing the case, and the state is expected to appeal.

Washington, D.C.–American Principles in Action is calling on Congress to oppose S.227, the Strengthening Education through Research Act (SETRA), which would violate the privacy of millions of students and parents.
SETRA is scheduled to be voted on Wednesday, February 25th in the U.S. House—even though the Senate has not yet voted on the bill. Congressional leadership intends to call a vote on the matter in both the House and the Senate this week, despite neither body holding a hearing on the bill.
“SETRA is dangerous legislation that would expand federal psychological profiling of children through expanding research on ‘social and emotional learning,’” said Jane Robbins, Senior Fellow at American Principles in Action.  “It would facilitate sharing of education statistics across states and agencies. It would continue to rely on the now-gutted FERPA statute to protect student data. SETRA must be defeated to protect student privacy rights.”
Emmett McGroarty, Director of Education at American Principles in Action, said, “Leadership is betraying the Constitution and the American people by rushing this bill through. Having so blithely disrespected the American people, it is difficult to see how they will ever regain their trust.”
American Principles in Action’s concerns with SETRA are three-fold:
1.) SETRA reauthorizes ESRA, the Education Sciences Reform Act, first passed in 2002, which facilitates intrusive data collection on students. ESRA began the idea of state longitudinal databases, which created the structure that would facilitate a de facto national student database. ESRA also eliminated previous penalties for sharing and otherwise misusing student data.
2.) SETRA allows for psychological profiling of our children, raising serious privacy concerns. Section 132, page 28 of SETRA: “…and which may include research on social and emotional learning, and the acquisition of competencies and skills, including the ability to think critically, solve complex problems, evaluate evidence, and communicate effectively…”
This means the federal government will continue to promote collection of students’ psychological information. APIA does not support allowing the federal government to maintain psychological dossiers on our children.
3.) SETRA depends on FERPA to protect student privacy, legislation that is now outdated and has been gutted by regulation. FERPA, the Family Educational Rights and Privacy Act, passed in 1974, and is no longer sufficient to protect student privacy in the age of technology. Even worse, the Obama Administration gutted FERPA so that it no longer offers the protections it once did.
American Principles In Action is a 501(c)(4) organization dedicated to preserving and propagating the fundamental principles on which our country was founded. It aims to return our nation to an understanding that governance via these timeless principles will strengthen us as a country.
For further information or to schedule an interview with Jane Robbins or Emmett McGroarty, please contact Kate Bryan at American Principles in Action at 202-503-2010 or kbryan@americanprinciplesproject.org.

Fairleign Dickinson’s apparent goal in their polling was to paint the opposition as “uninformed” by asking those surveyed whether sex education, evolution and climate change were part of the Common Core State Standards.

They also asked about the American Revolution and 48% of those polled said it was part of the Common Core, 13% said no, 39% said they were unsure.

First, this is one poll which apparently had an agenda.  Second, evolution and global warming is part of the Next Generation Science Standards which some news stories have connected to Common Core.  Third, there are national sex education standards which have stated they are “aligned” to Common Core.  With American History – there are literacy standards within Common Core for social studies.  I would suspect that has to do with information about the C3 Framework for Social Studies State Standards, and the outrage against the new AP U.S. History framework.

What this poll doesn’t answer is all of the reasons people oppose the Common Core.  I’d suspect if they also asked if Common Core included Math and English a vast majority would have said yes.

Those who support Common Core will look for anything that will discredit those who oppose Common Core.

That said we need to look further at these numbers. I find it interesting that the percentage of those who had zero false beliefs about Common Core was higher among those who disapprove of the Common Core than approve of it, with the exception of Democrats.

Perhaps it’s those who support Common Core who are uninformed?

Congressional Leadership Is Bull-Rushing Through HR5, the 600 Page Reauthorization of No Child Left Behind (rebranded the “Student Success Act”)

The House votes on it this week.  Call your Representative and call the Speaker of the House and tell them to vote “no” on HR 5!

Below are just a few of the problems.

2. HR5 Does Nothing to Relieve Children From No Child Left Behind’s (NCLB’s) Oppressive Testing Requirements.

The above information is originally from the Parents Against the Common Core website.

The meme and following four bullet points come from the Missouri Education Watchdog.

The question remains, as it does with any state using a state-wide assessment aligned with the Common Core, will schools actually opt-out?  I assume the assessments discussed are ones the school district uses for its own purposes, not referring to the statewide assessment required under No Child Left Behind.  Oregon is part of the Smarter Balanced Assessment Consortium.