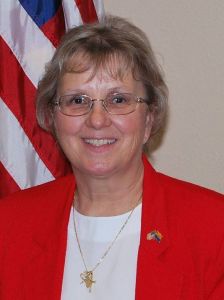 Arizona State Superintendent of Public Instruction Diane Douglas was elected on a anti-Common Core platform so it’s no surprise that she would blast it during her 2015 State of Education address before the Arizona Legislature on Wednesday.

She’s probably the only state school chief talking like this, and she didn’t mince any words. She called the state of Arizona’s public education poor and then she turned her sights to Common Core and its assessment.

Our Arizona state standards were discarded and replaced with the unproven Common Core Standards, which came to Arizona as a de facto federal mandate―only to be renamed Arizona’s College and Career Ready Standards.

The continual disruption of standards, accountability, assessment, and educator evaluations has caused uncertainty and stress in the education community as well as among Arizona parents. This is not the first time Arizona has changed its entire education system to reflect the latest fad, top-down approach, or cure-all sold as the solution for student achievement.

Common Core is just the latest, and it was implemented virtually without public communication, input or support. This constant roller coaster of dramatic changes has shifted the focus away from educating children and placed it on change for the sake of change itself.

Parents, students and teachers are exhausted and districts are broke from rewriting curricula and lesson plans every seven to ten years. Just as some stability is reached, everything is changed once again.

And now we will be subjecting our children to the brand new, unproven, inaptly named AzMERIT test―the name is the only thing Arizonan about the test―which was hastily chosen just 11 short weeks ago behind closed doors, once again without public discussion or vetting.

It was created by a self-identified, self-described behavioral and social research organization―not by education experts.

Our dedicated assessment staff at ADE has the daunting task of rolling out this new test in the next 10 weeks. Make no mistake, that team and districts all across the state are working diligently to fulfill this mandate.

A mere 21 weeks from adoption to implementation―let me repeat, 21 weeks, less than half a year, to prepare a test for students at almost every grade level. Once again, our precious children are being used as guinea pigs to advance some education agenda.

I call on this Legislature and the Governor to stop the madness and put our children first.